Legalizing sports betting in Calif. gets competitive with second 2022 initiative 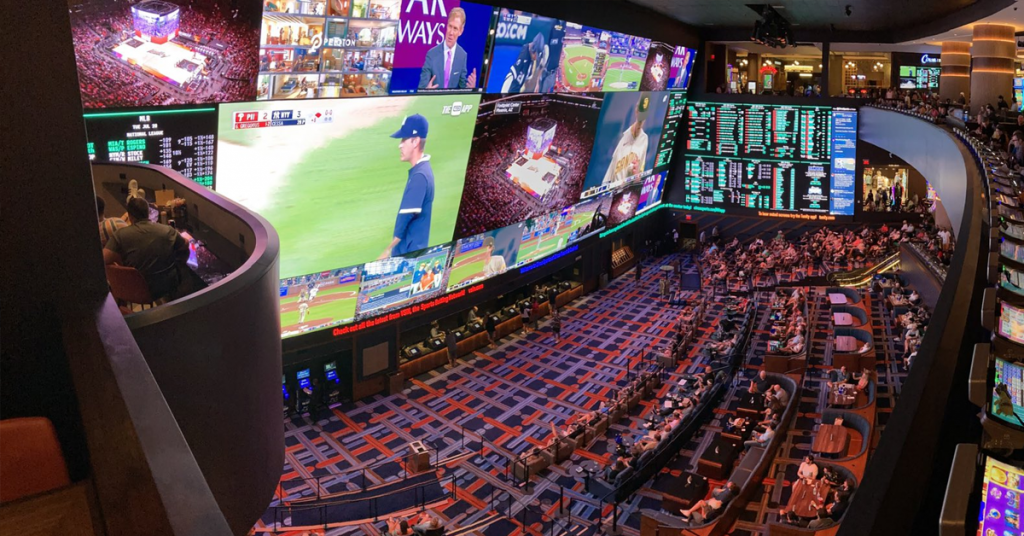 The hopes of many a gambler for California to legalize sports betting garnered fresh interest on Thursday as a new, second initiative to legalize the practice was sent to the state’s Attorney General in the hopes of making the November 2022 ballot.

The new initiative – dubbed the California Sports Wagering and Consumer Protection Act – is spearheaded by a unique player: California cities.

Gardena Mayor Tasha Cerda serves as the lead proponent for the proposed initiative.

Cities, like Gardena, found the potential to harness new gambling revenues to fund key local needs as an intriguing prospect.

“This is money that’s sitting out there that’s untapped,” Cerda said, noting a hefty share of illegal betting and gambling in the state.

Cerda said that a study conducted found that the illegal gambling market in the Golden State sits somewhere around $10 billion.

The city-led initiative seeks to enact a 25 percent tax on sports wagering. It also expands the scope of where betting can occur, compared to similar past attempts to legalize wagering.

Tax revenues from sports betting are then set to be placed in a special fund to be spent by California legislators on homelessness, public education, affordable housing, and mental health needs across the state.

Three other cities have joined Gardena in the push for legalized sports wagering: San Jose, Inglewood, and Colma, with more being recruited following the initiative’s announcement.

Now, the hard part remains ahead for Cerda and allies of the new initiative: gathering the signatures of nearly 1 million registered California voters to qualify the idea for the ballot.

It’s important to note that cities aren’t alone in the fight for legal sports betting.

In May, California’s Native American tribes successfully reached the roughly 1 million-signature threshold to get their own sports wagering initiative on the November 2022 ballot.

The tribal initiative, which would legalize sports betting in its casinos and at state-licensed race tracks, also opens the door for tribal casinos to operate Vegas-style roulette and craps.

Meanwhile, card room operators are determining their place in the tussle.

The California Gaming Association, the principal advocacy group for the Golden State’s card rooms, said it was still weighing he newly-developed, city-led betting initiative but remains stridently opposed to the tribal-only option.

“While the California Gaming Association has not yet taken a position on this newly proposed sports betting initiative, we do strongly oppose the self-serving tribal casino monopoly initiative that will only benefit wealthy tribal casino operators to achieve their goal of a gambling monopoly with no benefits for California residents,” said CGA Executive Director Joe Patterson.

And, lest we forget, there’s the potential for another initiative to spring up from national, online-only players like DraftKings or FanDuel who have come to dominate legal sports betting since making the full transition to gambling after debuting as “daily fantasy sports” services.

With a few proposals sloshing around, what happens if more than one qualify and are approved by California voters?

Language in the proposal led by Gardena, San Jose, Inglewood, and Colma addresses that.

Their initiative states that “in the event that this measure receives a greater number of affirmative votes than a measure deemed to be in conflict with it, the provisions of this measure shall prevail in their entirety, and the other measure or measures shall be null and void.”

It also includes a so-called “backup clause” in the event that it does not receive the highest affirmative votes among gaming initiatives but the top-vote recipient is invalidated.

In that case, drafters wrote that the city-led initiative would come into full force and effect.

Link to the original article via The San Joaquin Valley Sun: https://sjvsun.com/business/legalizing-sports-betting-in-calif-gets-competitive-with-second-2022-initiative/